You are here: Home / Archives for Apple

I have a couple Mac Pro’s at work (well, 3) that sit behind my desk doing render jobs, and running BOINC. They’re Mac Pro 1,1’s, so they date back to late 2006, but I’ve upgraded them with dual quad core processors, so they do okay. I’ve been keeping an eye out for ATI 5870’s to put in them for some GPU grunt, but they generally sell on eBay for $100/each. A couple weeks back, I saw someone was selling 2 for $75 total, and snagged them up. Once they got here, though, I realized an issue. They were made for some Dell, and have a weird bracket on them that you can see in the picture. It’s angled off to no doubt fit into some holder that those specific Dell’s have. Anyway, just thought I’d post that they DO work in the Mac Pro, you just have to grab a Dremel (or hacksaw) with a cutoff wheel, and after unscrewing the 12 or so screws that hold that bracket on, remove it, and cut the angled part off. Seriously, don’t try to put it off while it’s attached to the card… metal filings/dust are not great for electronics. The card then looks like a stock ATI reference card, and fits perfectly.

Make sure to throw the aluminum (aluminium) in the recycle bin. =)

In 2006, work purchased a Mac Pro for me. At the time, and for years after, it was a great machine. Since its purchase, I had upgraded the CPUs, the GPU, and done everything I could to keep it chugging along for as long as possible, partly because of the ever present rumors for the last several years that Apple was just about to release a new Mac Pro. Then, finally, late last year, they finally did, and obviously it was a pretty large change from the previous Mac Pro. So, as my Mac Pro approached 8 years old, my boss ordered me a new Mac Pro, with the price understanding that a fully tricked out iMac every 3 years would amount to about the same cost as this machine. Hopefully that proves to be true. =)

So, after ordering the machine in January, and being promised the machine would ship by the end of February… I finally got the machine early April. =) Specs are pretty damn amazing, considering. 8-Core 3.0ghz Xeon E5, Dual ATI D700 GPUs with 6GB of VRAM each, 32GB of system RAM, 1TB SSD. Compared to my previous Mac Pro, which after upgrading for years was a 2x 4-core 2.67ghz Xeon, ATI 5770 with 1GB of VRAM, 10GB of System RAM, and 2x 750GB 7200RPM drives. Like I said, not bad given it’s age, but certainly not current. Especially since I couldn’t upgrade past 10.7.5 as the machine only had a 32bit EFI. Lack of VX-T sucked too, for running virtualization.

Anyway, the new machine, is pretty damn kick ass. While it lacks an optical drive (easy enough to fix with an USB3 blu-ray drive I already had), and storage is expensive/not expandable (easy enough to fix with the Drobo 5D I already had), I really can’t see a much better machine if you’re looking for a Mac, and have the money to drop. Read/Write to the SSD is quite literally 950MB/sec. So, damn fast (twice as fast as I’ve seen from any SATA based SSDs). While I’ve been unable to fully test the graphics cards, I can say the game plays both Diablo 3 and Starcraft 2 on full quality, with zero dropped frames (60fps). Obviously neither of these are great tests from a performance point of view, but they’re the games that I occasionally play, so they’re what I have. I have no doubt that it would also play most of the Valve games (Portal 2, Team Fortress, CS, etc) at full quality as well.

The machine, really, is pretty amazing. Apple have done a wonderful job of creating a computer that should make almost any professional very happy. If you need expandability, you should be able to just purchase an external PCIe enclosure, connect over Thunderbolt, and have a great setup. I’m pretty sure this machine should last me just as long as my previous Mac Pro, which means it’ll certainly deserve the name “Mac Pro”. 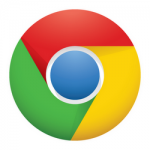 Google introduced their Print Preview functionality back in the Chrome 15 days, and until Chrome 20 or so, you could go into “about:flags” and turn it off. In Chrome 20 or so, they took that option away. Now all the threads online are full of “just use the “Command-Option-P” crap1. While I rarely print, I do frequently “Save as PDF”, and I find the process, and output much easier/better using the system dialog.

But! It’s still there. Just not easy to set via the GUI. So, open up a terminal, and paste in the following:

And then quit and relaunch Chrome. Enjoy your native print dialog.

Thanks to the Chromium Admin documentation here. I knew this had to be there still for all us admin’s that want to enforce this stuff on labs, etc.

UPDATE: Google (Chromium) have killed this ability as of Chrome Version 39. This makes our lab environment very annoying as printers show up as “mcx_0”, etc. Not their actual names. Sad.