I’ve been building a smart home (at my home) for years. Buying home automation, energy monitors, etc. One of the big things I had no good way to monitor was water usage. So when I found out about FLUID Water Meter (years ago), I was stoked. I missed the Kickstarter (somehow) so I put my name on the waiting list and waited.

Then, come January of this year, I got an email from Fluid saying they were accepting pre-orders for a run of meters they’d do and have delivered by end of April (2019). Cool. Also, that the price would be $300 vs their expected MSRP of $600. I sent an email to them confirming the meter would work on my home piping, and then placed the order. Something I should have never done (in hindsight).

As time ticked I kept checking Fluid’s website. No updates. The only email I got was a confirmation of my preorder. No status updates on the process of their April run. April came around and I started trying to contact them asking for an update. Nothing. Finally, something I should have done, I looked at the comments on their Kickstarter page and saw a lot of asking for refunds, and a lot of non-responses. =/ Also the fact that no one on Kickstarter had had their order fulfilled in the years since.

Then I looked at the reviews for the preorder site (Celery, or trycelery.com). Not great. Their FAQs pages were all seller focused with very little targeted toward buyers. So, I’d had enough. I contacted Fluid through Celery asking for a refund. Nothing. I tried contacting Celery asking for options if the seller doesn’t respond. Nothing. Tried contacting Fluid via twitter, facebook, other email… nothing. Finally, I did the last resort and filed a chargeback with my VISA processor (in hind sight, I should have used Paypal). I have more than a sneaking suspicion that VISA won’t be able to help me, but I’m hopeful.

At this point, I’m hoping I get my money back and then I’ll save up extra and buy the Flo from Moen. Sure, it requires actual plumbing, but it looks like a better product, and I don’t worry that Moen is going to randomly up and close shop. 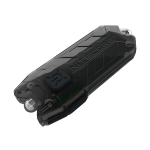 I bought a Nitecore Tube Flashlight a few weeks back and really liked how well it worked, for how small it was. Then, my son was playing with it one day and it stopped working.

So, figured it just needed charging. Which, I did. The battery appears to be about 33mAh btw. Anyway, after charging, it still didn’t work. I started a return with Amazon, and while playing with it, I decided to hold the power button while plugging into USB. It immediately started working again! Unplugged USB, and it still works.

So, there seems to be some type of state the little IC gets into where it refuses to turn on again. Maybe when the battery dies rather suddenly while in a certain state. Anyway, resetting it isn’t covered in the manual. So this seems to do it.

Good luck for anyone if they have this issue. =) 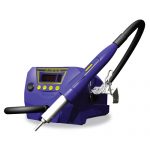