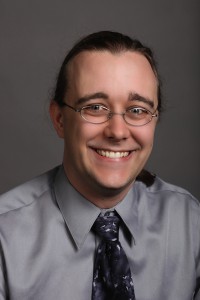 Growing up in the “Silicon Forest”, right across the street from Tektronix, Nike, and near Intel, I was exposed to computers early and often in my childhood. This lead me to doing computer support for my middle/high schools, as well as for my father’s computer consulting business well before I was able to legally work.

I met my wonderful wife in High School in 1997 after knowing her brother for a few years. After we both graduated High School, we moved down to the Eugene area to attend University of Oregon. I started my college career majoring in Biochemistry, but after a few years I moved to majoring in Political Science as I couldn’t keep up with the math requirement for Chemistry (something I regret now and then). I graduated in 2006 with a BS in Political Science, and a Minor in Chemistry (I kept taking the classes I could, even without the math). I still very much enjoy school, and at some point hope to return to college for either a second BS, or for an MS (my first though being History).

I found a job on campus when I first arrived working for the Central IT Helpdesk as a student employee, and after a couple years I was “poached” by the Journalism School to act in a support role, as well as quickly becoming the System Administrator for the school. I was hired full time in 2005, and have worked there ever since in an expanding role, which now includes being the lead for the IT (Information Technology) side of the group (the other side being Instructional Technology) while still doing my System Admin work. Moving into more and more management/supervision work has been, interesting, to say the least.

Also during this time, I assisted in the early evolution of the Anime Convention “Kumoricon” which was started here in Eugene by UO employees. It’s first year was in a (then) soon to be demolished hotel that is where Best Buy now resides. We then moved the convention to the Portland area, and since then it has expanded immensely. I “retired” from the convention, and the board of directors, in 2008 after the convention’s 5th year. I still maintain “founder” status, and hope to again attend the convention, and maybe take on some staff position with them, time allowing.

If you read through much of my site, however, you’ll notice a pretty large shift in topic starting around 2012-2013 when I started getting interested in electronics (both tinkering, and repair), and in 2013 I had a son. Those two things pretty much take up most of my free time these days, where it used to be computers day in and day out.

Anyway, thank you very much for reading my site. If you have any questions or comments, feel free to contact me, and otherwise, have fun!