You are here: Home / Archives for BR700G 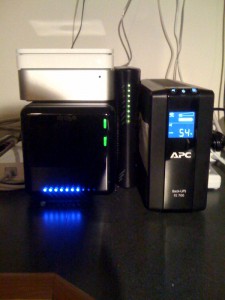 [xrr rating=9/10]The only problem with it is that it emits a high pitch clicking sound. I’m not sure if that will fade with time, or if it’s just a byproduct of the consumer level APCs. Searching online seems to indicate it’s not completely unheard of, but it is a bit annoying. If I ever have a problem with the UPS, I’ll certainly mentioned that issue when I go to have it serviced. But all and all, it’s a great investment, and it’s nice to have that “piece of mind” incase of a random power outage (though they’re rather rare in this area given underground power, and a reliable power company).