You are here: Home / Archives for Playstation 4 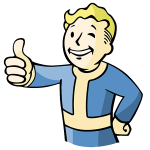 I, like the rest of the Fallout fans in the world, pre-ordered Fallout 4 (PS4) so I could get it on release day. I made a point to finish up Farcry 4 before starting Fallout, and then went headlong into the game… and after beating it a couple weeks back, and having time to reflect, I have to say… I’m disappointed. Fallout 3 was a great re-imagining of Fallout in a first person shooter. The story was good, and the gameplay was good, albeit a bit “dark” (as in, there was a lot of wandering around in areas that were too dark to see what was going on). New Vegas fixed a lot of that, and gave the game a lot of depth when it came to options. You could talk your way out of things, sneak around things, etc. Fallout 4 undid, almost all of that. You were, basically, Arnold Schwartzenegger, out to get revenge… and would kill anyone that got in your way. Which means, yes, you basically had to kill everyone. Key points in the game required killing. Whether you did it, or glitched the game into NPCs doing it, or whatever: certain people had to die. And that seems like a step backward. Fallout has always had choices. Big ones, small ones, etc. From picking SPECIAL stats, to perks, etc. So with this, the game felt very open, and yet linear. Go here, kill this guy, go here, join this faction, go here, kill this other faction, etc etc. It just seemed, sloppy.

Now, don’t get me wrong, the game was enjoyable. And the story was enjoyable (albeit, oddly close to home since my son shares the name of the protagonist’s). And they did a good job of making the factions “real”. Albeit, they may have made the Brotherhood a bit TOO asshole-ish for my tastes (though, in Fallout, and Fallout 2, they were complete jerks). The game is also really pretty, and even though everyone was complaining shortly after release, I had ZERO issues with crashing (well, almost zero, I think the game crashed on me a total of 2 times in over 80 hours of gameplay). And unlike New Vegas, there were never any game breaking bugs. So really, I’m looking forward to the DLC to see if they address any of these shortcomings. Because right now, I’m very conflicted about the game. It’s enjoyable, and it’s fun, but it’s not replay-able at all, in my mind. And the ending… seriously disappointing (just, uninteresting, phoned in, bleh).

All that said, at this point, I’m going to give the game a reasonable score. It’s fun, pretty, and enjoyable to play. But when you’re done, it just leaves you asking “What did I just play?” I know everyone said Fallout 3 was Elder Scrolls with guns. And that Skyrim was Fallout with magic. But Fallout 4, to me, felt a lot like what people complained about with Skyrim. Go kill this dragon… now do it again 15 f’ing times!

Here’s hoping the DLC improves things, or Doom is a better showing… because it would seem the Bethesda Fallout “team” is straight out of ideas.

After I got a Playstation 4, I quickly realized that the time I was able to play was often after my toddler son had gone to bed, and that also my LCD TV had terrible stereo separation. So I started looking into headphone options. While some get amazing reviews, they often cost $250, which I wasn’t willing to spend. However, Sony produced a set of headphones called the PlayStation Gold Wireless Stereo Headset that got good reviews, sounded good, were comfortable, and only cost $99. For $99 on Prime, with the Amazon credits I had, I was more than willing to give them a go. So, I ordered a pair, and waited.

They showed up pretty quickly (Prime and all), and first thing off the bat is that they’re big. They’re not Sennheiser HD280 big, but they’re close. That said, they’re comfortable. They may actually be MORE comfortable than my HD280’s with my glasses on. You do have to fiddle with the headband a bit though, as if it’s too “loose” the ear cups tend to dig into your “TMJ” joint, and cause some discomfort (at least they did on me… but that was fixed my tightening the headband so the cups sat more “off” my jaw). The other thing of note is the headphones require the USB dongle (i.e. they’re not bluetooth). Meaning on the PS4, one of your two precious USB ports is now dedicated to your headphones (but, the advantage is, they should work on any device with USB (that supports sound))! The disadvantage is you can’t really charge your headphones and controller at the same time without unplugging the dongle. On the plus side, they configured immediately, and sounded awesome.

I usually find myself disabling the mic (button on the headphones) when not playing with others as the sound it picks up is replayed into the headphones and causes some odd audio effects (though it is nice if you’re expecting to get called to dinner). There are other sound profiles for the headphones that you can load via the PS4 app, but I haven’t found myself needing them. The difference playing Farcry 4 with and without them, is awesome. Before, eagles or honey badgers would sneak up on me, and I’d be trying to frantically kill them after they had already hit me. With them, I can hear them a mile away and am facing them as they “charge”. Fallout 4 has been much more enjoyable than 3 or New Vegas were because of the headphones (I may actually replay them both with the headphones now that I have them).

I liked the headphones so much, I bought a second pair on eBay and brought them to work to use on my computer there. I’d give them a perfect rating if they were bluetooth, but sadly, they’re not.

So, this isn’t about me repairing a PS4, it’s about the timeline involved in getting one repaired.

A friend gave me a PS4 a bit ago, and shortly after, it stopped working. Power button would just cause the blue light for one second, then it would shut back off. No video out, nothing. This sounded like the power supply, but the unit was still it warranty, so I contacted Sony.

Sony said I had to have the receipt/invoice for Warranty to apply (even though the unit was made less than a year ago), but whatever. I asked to get it repaired, and they sent me a box. This was on 9/16/2015.

Next day, I got notice that a box was shipping to me via FedEx ground (it doesn’t seem like they do air shipping anymore). Box came from Texas, so it was going to be a while (depending on your proximity to Texas). Sadly, the box didn’t actually ship on the 17th… it shipped on the 21st! Took all week to get to me, so it arrived on the 25th, first thing in the morning (glad I’m early on the Fedex route). I packaged it up, and dropped it off afternoon of the 25th, and FedEx got it to Texas on the 30th (8:44am Central)1. Sony registered that they received it around 4pm Central on the 30th. Notice was sent at 10pm Central on October 1st that the unit was serviced and being sent out. At this same moment, their “Service Status Lookup” broke with my service number, and the tracking number they sent me didn’t register with FedEx.

I contacted Sony support the next day to ask, and they confirmed it was being sent out with the right tracking number. Later that day, FedEx acknowledged the pickup (FedEx Home Delivery). The unit was delivered to me on Thursday, October 8th. Total time from contacting Sony, to getting a repaired unit, just over 3 weeks, or 22 days. Not terribly awesome, but certainly better than it could have been. I do find it interesting that they repaired the unit rather than replaced it… must have been an easy repair (I’m guessing it was the power supply).

I’ve decided to purchase the Extended 3 year warranty for $60, as the number of posts online dealing with broken units just seem like too much, and for 15% of a new unit, it seems like a pretty good deal for piece of mind. Also covers accidental damage (dropping, etc). With a toddler in the house, it seems like a safe bet.

Anywho, easy enough process. We’ll see how it holds up. =)