You are here: Home / Archives for Nintendo 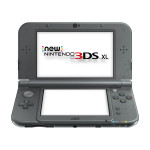 For years, I resisted buying a Nintendo 3DS because I thought they were a bit gimmicky, and there weren’t really any games I wanted to play. Nintendo changed that equation when they announced, then released A Link Between Worlds, which takes place in the same world as A Link to the Past, what may be my favorite game of all time, but certainly my favorite Zelda game. A Link Between Worlds is certainly a better game than many of the recent Zelda incarnations (not including remakes) (Skyward Sword, Twilight Princess, Spirit Tracks, etc), and may be the finest Nintendo first party title to come along since before the Wii was introduced1.

The game, as many reviews point out, takes place several generations after A Link to the Past, A Link Between Worlds has yet another Link, and Zelda (see Zelda Timeline). And much like every other Zelda game, Link starts out unknown that he’s important, and is simply a Blacksmith’s assistant. He’s off to deliver a sword to a customer, when “evil” happens, and suddenly you’re “Link the Hero”. After this point, the game plays VERY much like A Link to the Past, with the addition of the ability to merge into walls and move along them (which is an ability you get in the first couple hours of the game). This mechanic, along with the game being 3D, are not the typical “gimmicks” that Nintendo pulls with their first party games. The last few Zelda games, wether for Wii, or DS, just seemed gimmicky with their “Skyward Sword” move, or yelling/blowing into the DS Microphone (which, I’d hate to have to do if I was on a Subway/Bus). Link Between Worlds had none of this. While there were certainly some points that could have been more “logical” with 3D, it was never needed. The game didn’t feel gimmicky at all, and was very well done. The story was easy to follow (though, there was one piece that I missed (or wasn’t there) that explained part of what was happening). But this turned out to be minor, and could be due to me not paying attention.

Gameplay, all and all, was excellent. Story was excellent. Music Score was amazing. Rather than just remaking Link to the Past they truly made a great sequel (of sorts) that does not disappoint, nor ruin the wonderful legacy that Link to the Past has to this day. My only, ONLY, complaint was the game was a bit short. I collected all 100 of the Maimai’s, and the game still only took maybe 15-20 hours.

I recently found a Nintendo N64 at a garage sale for $5 with MK4, but no controllers, and the power cord had been chewed off by a dog or something. Knowing it was probably fine, I bought it and went about replacing the cable. Of course the gamebit I had was the 3.8mm variety (for opening games, not consoles), so I had to needle-nose it out. Once that was done, and it was open (there are some clips on the other side of the power supply opposite the screws), I couldn’t get the PCB out. After looking and looking, I just wrestled it out with some force, and found that Nintendo, for some reason, used some double stick foam tape to secure the top of the transformer to the underside of the top of the casing.

So… in short, once you have the screws out and the case apart, you’ll just need to yank the thing out of the casing.

And yes, after replacing the cord, I was able to fire the unit up just fine. Yay for cheap gear!