You are here: Home / Archives for iOS 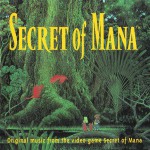 Mail.app does not like it when a mail server reports the NEXTUID to be greater than 2^31 (which is the limit for signed 32-bit integers). I could end this post here, but it’s worth explaining how I got here, and how I fixed it… just incase.

Now, there are two things you can think about this. One, is “this is a dovecot problem”. Well, yes, but… they’ve warned users not to store the uidlist files on quota enforced volumes:

END_OF_DOCUMENT_TOKEN_TO_BE_REPLACED

If you visit this site on a mobile device, you probably have just noticed that it looks a lot different now. This is thanks to the “WordPress Mobile Edition” plugin and theme from Alex King’s “Crowd Favorite”. Alas, install wasn’t as easy as it could be since the version listed on the WordPress site is old (non-WP3 compatible), and the new version has to be grabbed from svn.

All and all, it’s pretty easy.

Just CD into your wp-content/plugins directory, and do

then go into WP, and enable the plugin.

You should then be mostly good to go. The only issue I have is the theme is really not up to WP3 spec… including having the wrong code for the “title” of the site for WP3, and especially using Yoast’s WordPress SEO plugin.