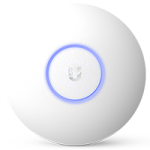 END_OF_DOCUMENT_TOKEN_TO_BE_REPLACED

I do a fair number of repairs at my bench, which is in my home office (well, it IS my home office), and all my power tools live either in the garage, or in the shed, so I needed a small electric screw driver for doing repairs. I’ve known about the Skil iXO’s for a while, but just recently I found a USB chargeable one! The 2354-07, which oddly has a MicroUSB connector on the base, charges via USB, and gives pretty decent performance for it’s price. I was able to use it to easily unscrew and open the MOTU 828 I recently repaired, and just about everything else I’ve thrown at it. My only real complaint is the driver doesn’t have any kind of clutch, so it pretty much will (un)screw with all available torque, which is a fair amount given it’s 400RPM speed (enough that you’ll find your hand/wrist twisting before realizing you need to let go of the trigger). The unit is small, and if you had bigger hands that medium, you’d find yourself pressing the forward/reverse selector (something I’ve seen people complain about online). But ultimately, this unit is meant for light duty. I could really see it as being useful in a network or server closet for racking gear. I may pick up a second one for that purpose in the future, if I expect to be re-racking a lot of stuff. 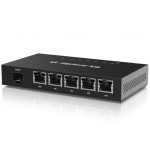