You are here: Home / Reviews / The Avengers 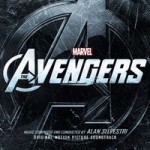 With the Avengers movie finally arriving after several lead-up movies/cameos (Iron Man, Iron Man 2, Thor, Captain America), it’s about time that everyone got a chance to watch it, and read the eventual reviews afterward. If you want to short version: See it. Love it. It’s quite good. For the long version, read on.

The movie starts off already moving, and Loki shows up in no time ready to wage war against the helpless humans. Samuel L Jackson quickly makes the call, and the team is assembled with some stragglers (Thor shows up on his own, later, since getting in touch is not exactly a phone call).

As expected with a group of type A personalities (except possibly Captain America), conflicts abound within the team, but eventually they all come together to conquer the challenge.

As expected, Robert Downey Jr as Tony Stark, really is the “star”, though the script that director did a very good job at giving all the individuals a good amount of time, story, etc. As usual for a Joss Whedon film, there’s a good amount of sarcasm, jokes, and humor for an otherwise serious film. And, as also typical, a “main” character dies. I won’t say who, but when it happens, it’s hard not to curse Whedon for his “signature“.

While it was obvious the movie was “long” it wasn’t unbearable, and the climax action scene, even though it was probably 15-20 minutes, it wasn’t boring like many action sequences can be. And I HIGHLY recommend you stay for the whole credits, and what comes after. It’s good for a laugh.

Highly recommend the movie, though I think Hollywood needs to re-examine their trailer writers/designers, because coming into this movie I was a bit concerned based on the trailers. Thankfully, those concerns were un-realized. This was easily the most enjoyable of the Marvel movies, with maybe the exception of Iron Man (1), but even that would be tough.