You are here: Home / Archives for zip 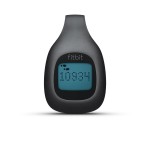 I recently picked up a Fitbit Zip at a Radioshack store closing for a heck of a good deal with the idea of giving it to my 2 year old son to see just how many steps his short legs make in a day. Obviously he didn’t need a One, or a wrist band style Fitbit, so the Zip seemed perfect. It still clips to clothing, and the battery reportedly lasts about 6 months (a CR2025, I believe), and best of all, it syncs over BLE (Bluetooth Low Energy). In the first few days I had the unit, it counted well over 8,000-10,000 steps a day (often beating both my wife and myself). The only issue I found was that it didn’t Sync quite as reliably as the Fitbit One. It seems that in order to get the 6 month battery life, they have the unit go into standby after a bit of inactivity. So during the night, when we’d remove the Fitbit from his clothes, it wouldn’t sync. I had to actually place the unit much closer to the receiver to get it to sync during the night (I’d just leave it on my desk which is where the receiver is). Other than that issue (which will come back) the unit is great. It’s small, does a good job, and we loved it.

Then, sadly, the unit seems to have fallen off him when we were out shopping one day. And because the unit goes to sleep with inactivity, you can’t use something like Lightblue Bean (or any other BLE scanner) to find it. It just happily sleeps away, with no ability to say “oh, it’s in this store/parking lot/etc”. Sadness. I’ve since contacted Fitbit to see about a replacement, but at this point, I’m unsure. Hopefully a new one will show up, and we’ll get back to counting. =)

As a product though, it’s great. I’d suggest one in a minute for just about anyone. And if Fitbit could update their firmware to have the unit wake up once a minute or so, just to “ping” a BLE signal, so that you could see if it’s anywhere near you, that would be a great addition for finding the unit. Sadly, I think someone picked it up and didn’t turn it in to lost and found. =(

UPDATE (5/11/2015): I just received a replacement Fitbit from Fitbit in the mail. Awesome job guys, thanks so much!