You are here: Home / Archives for Delicious Monster 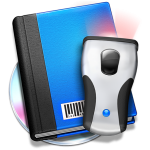 Ever since Apple’s iOS devices started allowing apps, my dream has been some app to allow remote scanning from my phone into Delicious Library (DL2 from here-on). I THOUGHT this would be the case when the Delicious Library app was released, but alas, that just allowed a copy of your library to be synced/stored on your iOS device. =/ So when I found iCody I about jumped out of my skin. I quickly bought it, and only after found an article that said it didn’t work with DL2 (which, as it turned out, was incorrect). Anyway, after conversing with both the developers of DL2, and iCody, and then them speaking to each other, I have found a solution that works, and works well1. And since I haven’t seen the info anywhere else, I figured I’d post here in the hopes someone will find it useful.