You are here: Home / Archives for CobaltFlux

Ever since my first CobaltFlux control box died, I’ve wanted to have a plan in place for a replacement should the current one die. Sadly, CF is out of business, so options are rather limited. But, the internet is a resourceful place, so I was able to quickly find a place to find plans for making a replacement.

It involves buying a generic USB to game stick adapter, and then soldering on the connections from a DB-25 (VGA) connector. In this case, I bought two of these. I removed most of the connectors, and just soldered wires directly to the pads for each “direction”. I then used a Hammond 1591BBU (blue) project box. Cutting a hole for the DB-25 connector is a pain in the but since it’s not square, but it turned out okay. I used a “dremel” cutting bit for my Proxxon to cut the hole just big enough to pressfit the DB25 connector, and cut a relief for the USB cable, and holes for the top “Start” and “Select” buttons. Mounting the board in the box was just a little hot glue on the bottom of the board.

Total cost for the parts were about $20. The soldering is simple, it’s mainly just doing the drilling on the enclosure. Total build time was about an hour, including testing. It’s a very easy build, and it thankfully works. =)

Good luck if you build one. I think I’ll build at least one more as a spare. This one described here was for a friend. =) 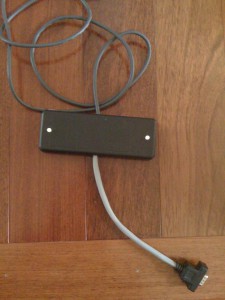 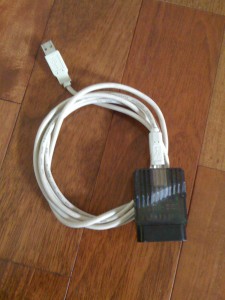 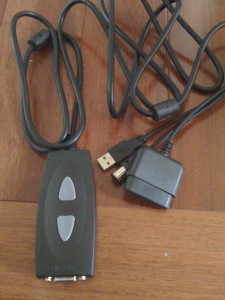