You are here: Home / Archives for Cardstar 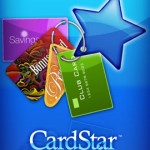 My boss told me about Cardstar today, an iPhone app that lets you input various membership numbers for things like REI, Costco, Safeway, etc and then have the barcode rendered on the screen.

I had very low hopes for this app since my previous experience with attempting to get a barcode to read off the iPhone screen was met with disappointment, as well as several articles online saying it’s not possible due to physics (at least when it comes to laser readers. “Imager” readers work fine).

But, given the fact that it’s an app, and him saying he got it to work at Blockbuster, I decided to give it a try.

I’ll say right now, it’s finicky. Laser readers will in fact work. It took reading the directions for the app to get it to work. Basically, distance matters. 5-7″ really is necessary for it to work. The other issue is the angle the phone is held at relative to the reader. While I’d like to say you hold it 5° off plane, it’s not quite that simple. Depending on the barcode symbology, the angle seemed to be different. This could be completely circumstantial, but it seemed that barcodes using EAN 128 had to be a bit differently angled than Code 39. =/

But, that all said, it does work. Since getting home, I added a bunch more cards, and hopefully I’ll be able to stop carrying all those silly cards. It’s just upsetting some cards are magstrip only.

At this point, can’t give a real rating. Once I’ve had the application for a week or two, I’ll come back.