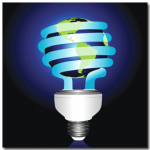 This year, much like last, we haven’t done much to address energy usage. No new appliances, but we did replace the garage doors with new insulated ones (R=9.8). Interestingly I haven’t found that they have altered the temperature of the garage much. It seems to stay at about 52F this winter, and not a lot warmer in the summer. But, they work, they’re quieter, and they keep out the bugs, and wind, etc. Still worth it. Just wish the tax credit had been extended. =(

Looking at the data compared to last year, most numbers have gone up. The mean and median have both gone up, though the mode has gone down. My highest and lowest usage months and days are largely the same as last year, but what’s most interesting is the heating/cooling degree days. Last year I had 4565 heating degree days, and 200 cooling degree days. This year, I had 5016 and 151 degree heating/cooling days (respectively), but most exemplified by 50 degrees at or below 32, and only 2 at or above 90! 2! The previous year we 9 days at or above 90, and only 19 at or below 32. These numbers explain the higher energy usage. The set point of the heat pump, and the temperature I keep the house at (68F is the point at which it is heated, and 80F is the point that it’s cooled), explains that more cold days is going to make a bigger difference than the fewer hot days can make up for.

Looking at voltage, by and large, it’s pretty solid, but you should notice that the highest energy usage for a given time, and the highest voltage, both occurred on the same day. I believe, and I may be wrong in this reasoning, that the high voltage was the “rebound” after that high energy usage stopped. Outside this, my voltage varies very little around it’s normal set point of 120V. Averages per day and per month you can see above, and from what I’ve found reading online, this is still well below the national, or regional averages for power. But, the take away from this is that while I used more power than 2010, I still used less energy than 2009, and years before. While I don’t have TED data before April of 2009, I DO have electricity bills1.

So my usage since 2008 has decreased by a substantial amount. And since then, power rates have stayed the same ($0.0463/kwh). This year, there is projected to be an increase by about 4%, and that may allow me to justify additional savings. I hope to install a few more LED lights, replace inefficient solar sensors with a timer, etc. But, we shall see. And, if an appliance dies, I will definitely replace it with something more efficient.

Welcome to 2012. And here’s to at least matching/beating 2011’s numbers. I’ll next post some data about fuel usage (gasoline) to see how that part of my energy use compares to last year, and the years before it.